An impressive back-end architecture means nothing if your application is harder to use than your competitors’. Beat the competition by improving the user experience.

Discover how focusing on efficiency gains in the UI testing process leads to an effective, holistic testing strategy. 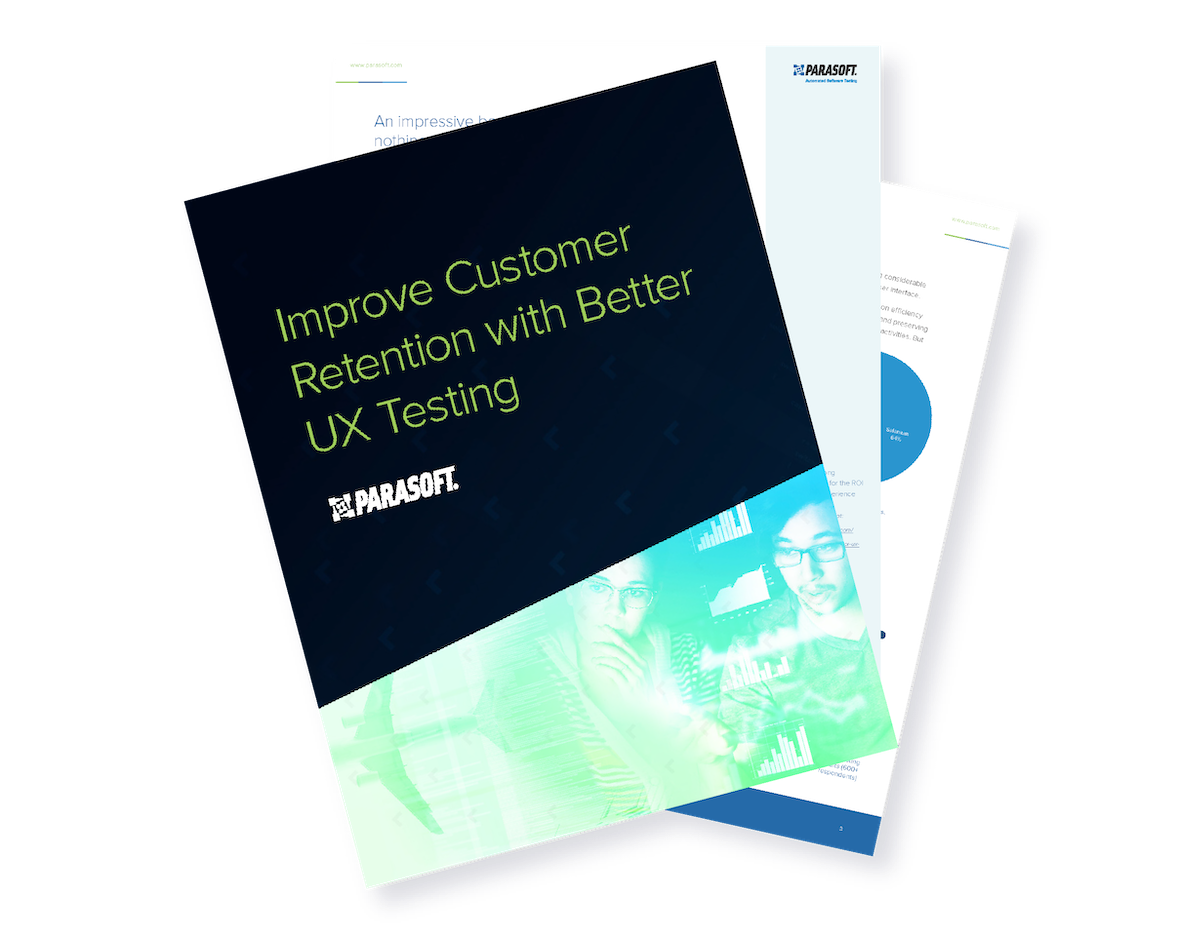 Download the whitepaper to learn more about the technologies and techniques that drive a reliable, continuous, automate-first approach to quality.

For organizations to be successful in today’s highly competitive marketplace, the customer experience has to come first. If your application isn’t easy to use, your customers will choose a better, more user-friendly alternative.

Since the UI represents such a major portion of testing, you should focus on efficiency gains in the UI testing process using technologies and techniques designed to support a reliable, continuous, automate-first approach to quality. Testers should automate repetitive UI testing tasks and preserve manual UI testing efforts for rich, interactive and exploratory testing activities. Without a reliable, continuous, automate-first approach to quality, you won’t be able to keep pace with development and deliver at the speed of agile.

The return on investment for improving user experience includes the obvious savings in reduced fixes and lower support costs that come with quality improvements—but the real payoff is improved customer retention and acquisition, presumably with market share growth.

Despite adopting Selenium or other automated UI testing tools, many software development organizations are still struggling to scale their UI test automation due to several challenges:

It can be difficult to get the team started with Selenium because it requires technical coding skills, and insufficient automation expertise on the team slows down adoption and usage.

Minor changes to your application’s UI can have a major impact on the testing process.

In UI testing, you can have thousands, if not tens of thousands, of automated test scripts executing continuously, but not all these tests are relevant to recent code changes.

As a result, the team receives feedback from the CI/CD pipeline 70% faster, which enables faster release of new features to customers.

Operating a comprehensive, strategic testing practice allows you to focus on delivering an excellent customer experience. Manual and automated UI testing to expose regressions in existing functionality and focus on the usability of new capabilities. However, this is only one piece of a holistic testing strategy.

The best way to establish an effective strategy centered on continuous quality is allocating resources to critical portions of the application to test as early as possible. Spend most of your time and effort on building quality into the application with deep code analysis, unit testing and API testing. The Parasoft complete suite of quality tools can help you make this a reality.