Unit testing is important, but you have to do it correctly. With the right best practices, your software team can ensure quality is built into your software.

Find out the top 5 unit testing best practices to build quality into your software. 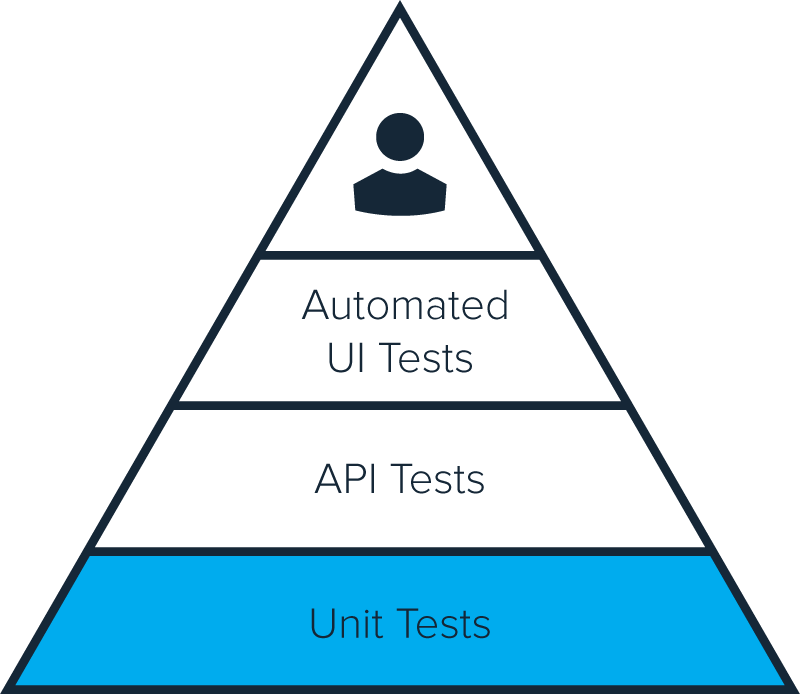 Download the whitepaper to learn about how to reap the full benefits of unit testing.

You’ll learn how to:

Let’s take a closer look at each.

Don’t fall victim to the temptation to run unit tests without planning how they’ll target code and scale as it evolves. Tests require strategy to be effective – otherwise you may see a large amount of noise or tests that fail to flag defective code.

Pro tip: Avoid tests that produce a failure if a unit that isn’t the target of the test fails. For instance, if the function you’re testing depends on a different function, you’ll need to write a separate test targeting the dependent function.

Unit tests become noisier as code evolves: a key reason for failing to run them consistently and a sign that tests haven’t been maintained.

Ignoring or sporadically maintaining unit test suites is justified by arguing that rewriting the tests will put the team behind schedule. This is symptomatic of a “temporary-test” mindset in which the developer subscribes to the I-just-need-to-test-this-one-thing-right-now approach. In this case, the developer is more likely to write unit tests that can’t be maintained.

Developers must do adequate planning and maintenance in order to make sure their tests update as software evolves.

Pro tip: Don’t forget the data. Data used in test assertions can affect maintainability. Unit tests are tightly coupled to code, which helps you control data because expectations are defined alongside the test. At the same time, the cost of having the data available means that you must keep data up to date.

Writing assertions is very easy, which is why the number of assertions increases as the test suites grow. When you start writing test suites, it’s easy to assert everything and throw it into the code.

Pro tip: Consider where the assertions are going and ask the following questions:

The simplest way to ensure unit tests are executed is to integrate automated testing into the development process. This way, developers never have to decide whether they should run a test. An additional benefit is that the tests will prevent integration problems.

Pro tip: Automating testing = complete integration, so remember that no humans should be required for review. Also, tests must be repeatable on supported configurations with no dependencies.

Testing best practices are technical in nature overall, but they also require human dili­gence. Developers are faced with making coding and testing decisions every day that go beyond the software and affecting the business. Safety, security, performance and reliability are all on the line.

Policy-driven development must include:

Pro tip: Verify all unit tests by at least one peer. Peer reviewing isn’t a regular practice, but it provides tremendous value.

Put some clear and concise content in here. Keep your reader in mind. What are they trying to do? What are they hoping to learn? Why are they reading this? Help them out and use the tone and voice of your organization.

Parasoft’s software testing solutions support the entire software development process, from when the developer writes the first line of code all the way through and functional testing, to performance and security testing, leveraging simulated test environments along the way. Parasoft's unique analytics platform aggregates data from across all testing practices, providing insights up and down the testing pyramid to enable organizations to succeed in today's most strategic development initiatives, including Agile/DevOps, Continuous Testing, and the complexities of IoT. Parasoft’s automated software testing innovations fuel software development organizations, helping teams reduce the time, cost, and effort of delivering high-quality software to the market.